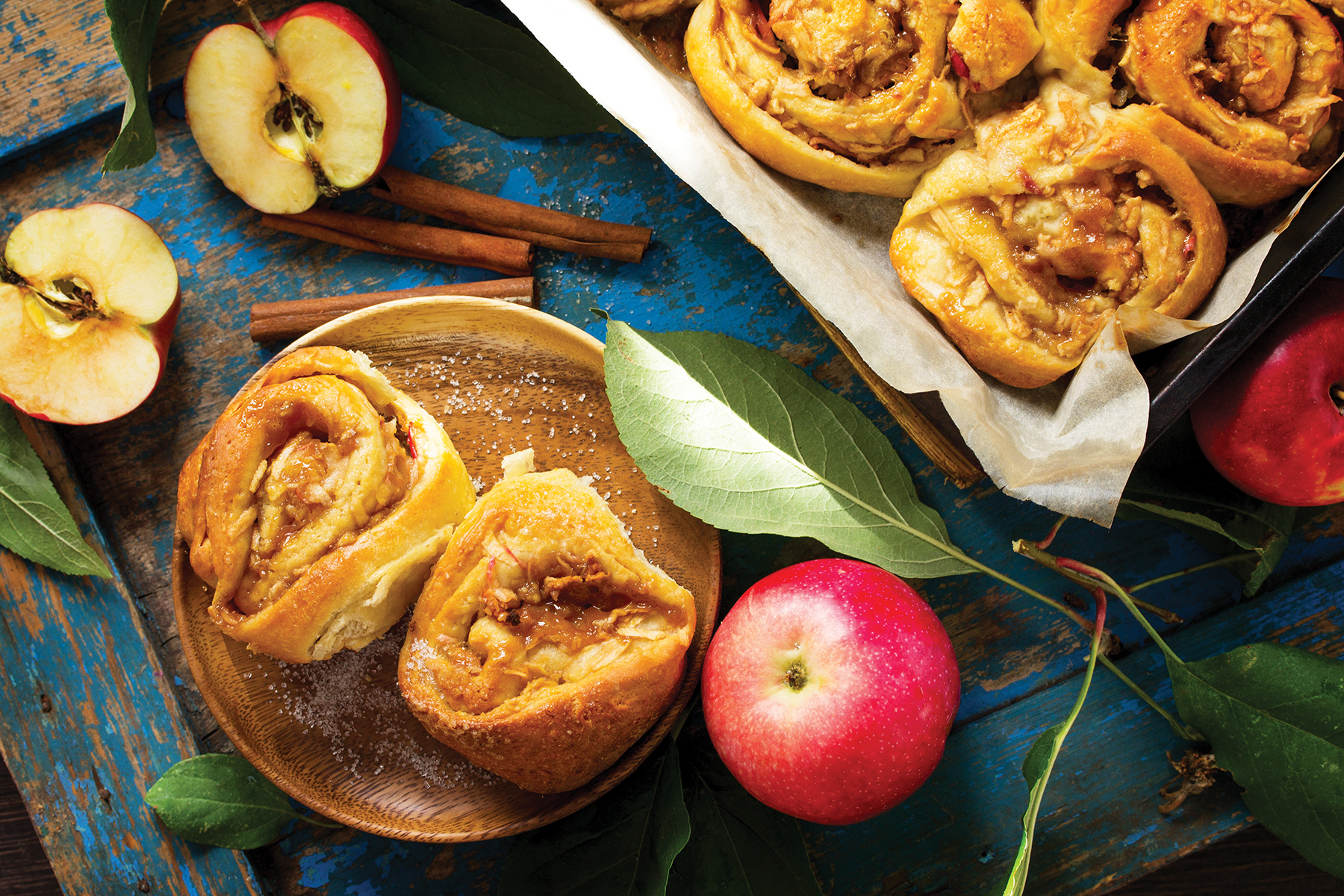 With winter here, it is hard to get into the baking mood. Many of the fresh ingredients we like to bake with are out of season – peaches, blackberries, and blueberries just to name a few. But on a chilly winter’s day, we often find ourselves craving some sweet comfort food to warm our bellies, and our souls. Who wants to wait until spring when fruits are more in season to satisfy the sweet tooth that we all have?

Throughout history, people have struggled with this issue … but the people of Kazakhstan discovered a way to overcome it. About 10,000 years ago, they domesticated one of the best baking gems – the apple. Storing of the apple and cultivation of it was not that difficult – thus, it became not only a food crop, but also a massive export. Travelers along the silk road made huge fortunes by selling not only the fruit, but also their seeds. It wasn’t long before many varieties sprung up. Currently, there are over 7,500 varieties of apples around the world, with 2,500 grown in 35 U.S. states. Many of the apples we grow here in America hold in proper conditions for a year or more. This makes them the perfect candidate for delicious winter baking. Being around for so long, it’s understandable that there are so many recipes for the world’s #1 fruit.

John Chapman, a traveling preacher and conservationist – better known as Johnny Appleseed – is credited for raising not only apple awareness, but also for spreading them all over the country (despite having only hitting the northern section of the country, specifically Pennsylvania, Ohio, Kentucky, Indiana, and parts of West Virginia). Johnny didn’t walk around dropping seeds everywhere, but rather built nurseries so the apple trees could grow and flourish. He returned to his nurseries year after year, checking on the trees and instructing the growers on better ways to trim them, harvest their fruits, and store them properly.

Just as the history of the apple is worldwide, the history of using it in baking and cooking extends to the four corners of the earth as well. Almost all people include apples in their cooking. The Europeans in particular use them a lot … and I mean a lot! For instance, Russia’s Sharlotka is a light apple cake; Germany boasts the apple dessert Apfeltasche; Prekmurska Gibanica comes from Slovenia; and Luxemburg tags in with a beautiful custard and apple dish. But when it comes to simple apple dishes that strike down to the core of a country and the history therein, look no further than right here in America. You can never go wrong with the simple baked apple pie – all you need is an oven and an apple to create this delicious dessert. But there are so many truly American apple desserts to enjoy on a cold winter’s day. Today, I am going to focus our time on two of my favorites – the Apple Brown Betty and the Apple Roly Poly. While either will surely satisfy your sweet tooth this season as a standalone treat, both are even better when accompanied by a delicious scoop of vanilla ice cream. Sure, it may be cold outside, but a bite of this perfectly sweet combination is sure to warm your soul.

The Apple Brown Betty first appeared in print in 1864, but dates back to colonial times. This sweet offers a simple way to stretch out your apple supply – and also get rid of that stale bread in your pantry.

Peel and core the apples, then cut into ½ inch cubes. Slice bread into small pieces. Coat a 9 x 9 baking dish with butter. Toss apples, bread, brown sugar, and spices (if desired) together and pour into a buttered baking dish. Cut butter into small pieces and place on top of the mixture; sprinkle water all over. Bake at 350 degrees until the apples are tender (about 40 minutes).

With many regions staking claim on this dessert, this version is an American take on the British Jam Roly Poly. (I don’t want to take sides on this, but for the sake of this article, I will call it a Pennsylvania staple, where I enjoyed it as a child).

Peel, core, and slice apples, then mix with brown sugar and cinnamon. Set aside. Combine and mix dry ingredients. Cut in butter and shortening until crumbly. Roll out into a 15 x 10 rectangular floured surface, cover with apple mixture, and roll. Slice ¼ inch thick and place into baking dish. Combine water, brown sugar, and cinnamon in a small saucepan, bringing to a boil, then quickly add heavy cream while stirring. Pour this hot topping onto the “dumplings.” Bake at 350 degrees for 35 minutes or until bubbly. Let them rest, but serve warm.