Wintertime Is A Great Time For Beer 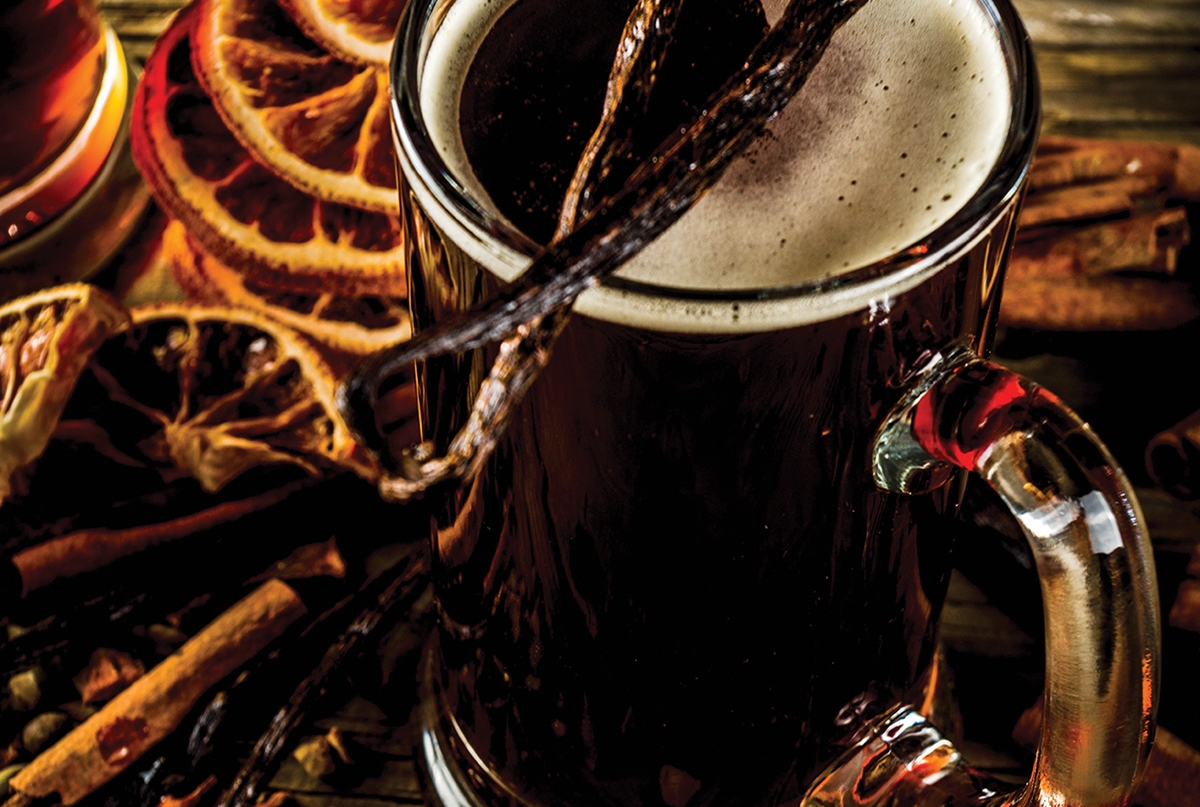 As the cold weather settles in, we begin to wonder why we were so eager to ditch the heat of summer for the cold of winter. In order to restore the warmth lost to us by the tilt of the earth, we often turn to comforting food and beverages to give us that cozy feeling we crave. When we think of wintery dishes, the first foods that come to mind are best described as roasted, slowly cooked, or smoked. “What is the best beverage to increase the efficacy of a full-flavored, rich meal?” you ask. The answer may surprise you – it’s often the right beer. While beer doesn’t heat you up, per se, it can give you a toasty feeling to go along with that hearty winter meal.

So, how do we pair our favorite winter dishes with the right beer to bring back that warmth? Take these suggestions, perhaps while sipping your favorite ale, as a starting place for what to consider when deciding which beer to pair with your meals during the winter months. There are hundreds of options, so the chances of finding one that best satisfies your needs won’t be too difficult with a little trial and error.

Stouts: A style marked by the use of roasted malts and barley, stouts are dark beers that are full-bodied: think dark roast coffee. There is a range of stouts available from a dry stout made famous by the Irish, to ones with hints of chocolate, gingerbread, cinnamon, or coconut. Stouts can easily overpower some dishes, so consider drinking stout with rich spicy food like barbeque beef, foie gras, or smoked goose.

Brown Ales: Often having a sweeter, full-bodied, and fruity taste, the winter ales are typically malty, sweet, and strong. They are dark beers with a strong malt presence, but not as dark as stouts. Holiday ales can have hints of cranberries and gingerbread, while stronger ales often have warm spices such as ginger or nutmeg. Brown ales pair well with roast pork, smoked sausage, and grilled salmon. Brown ales are great choices for big intense dishes such as roast beef, lamb, or game that is grilled or roasted.

Porters: As a beer choice that tends to be fruitier, sweeter, and less bitter than stouts, the porter tastes spicy, chocolatey, and is dominated by a distinctive dark malt or grain flavor with a slight sweetness. Porters will complement the flavors of a roasted or smoked dish. They nicely complement stew, cream-based meals, barbeque, sausages, roasted meat, or blackened fish.

Dark Lager: Don’t be fooled by the darkness of these beers; dark lagers will taste more familiar than some of the other dark beers. Considered clean beers, dark lagers get their color from dark malts, but have less roasted character to them. This may be the best option to satisfy the palates of most of your guests. Dark lagers blend nicely with hearty and spicy foods such as barbeque, sausage, and roasted meat, stew, or corned beef.

Diversify – Other Ways To Make The Most Of Beer This Winter

Contrast: Aside from complementing dishes with your choice of beer, you also have the option to contrast the flavors for an equally satisfying experience. Hoppy beers, such as IPAs, can cut through the fat in a rich dish, while sour ales can cut through the gaminess of duck or venison. Additionally, consider serving a subtle ale with Indian or Thai food to contrast the hotter flavors in the dish.

Beer as an Aperitif: Beers can satisfy this role for more than one reason. First, an aperitif is meant to stimulate the appetite. Bitterness is one way to accomplish this goal, and there are plenty of beers containing a bitter flavor. Second, the aperitif of choice is often served with an array of light foods such as crackers and cheese. You can find a beer that doesn’t fill you up before you begin the first main course.

Beer as a Digestif: The purpose of having a digestif is to aid in digestion. Traditionally, this role has been filled by scotch, bourbon, or brandies. However, beer is a great alternative for a digestif. It contains soluble fibers that promote healthy blood-sugar and blood-cholesterol levels. Beer can also stimulate the digestion of fat and protein.

As you can see, there really is no reason not to include beer before, throughout, or after your meal during any season of the year. There are so many choices available that the task of finding the right beer for your purpose can feel daunting at times; however, part of the fun should be trying a variety of styles and flavors until you have found the perfect one. It’s doubtful you’ll have a difficult time finding friends willing to come over for dinner and help you through this formidable task. Perhaps, they will even bring their own favorite beers to assist in the search.