Is It Harming Your Child's Vision? 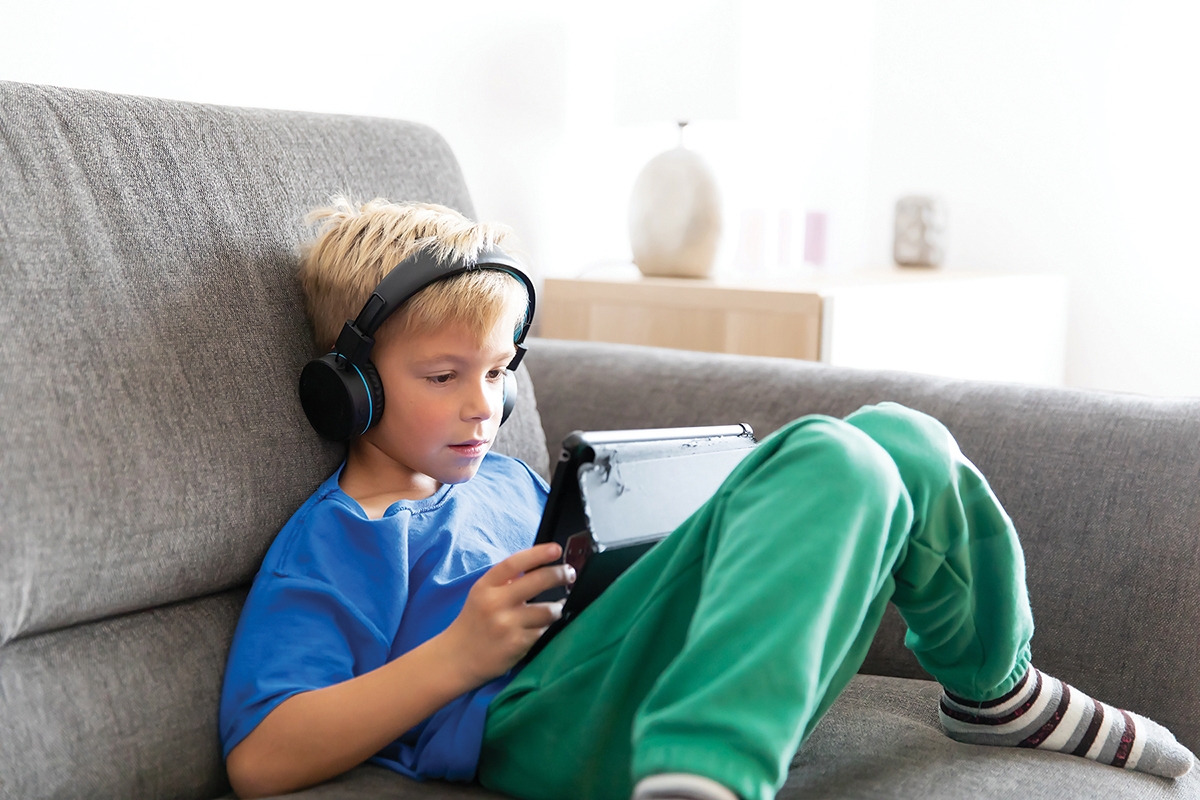 Children are spending more time in front of portable screens, such as smartphones and tablets, and at younger ages than ever before. In fact, children ages 8 to 12 spend more than four hours per day on average in front of screens, according to a recent survey by Common Sense Media, a nonprofit that tracks young people’s tech habits. And all this screen time may be affecting their vision.

There is an increased incidence of myopia, or nearsightedness, in children now than in generations past. Since 1970, the incidence has doubled in the United States,” says UNC pediatric ophthalmologist Kathy Whitfield, MD. Nearsightedness is an eye condition in which people can view objects up close clearly, but things farther away appear blurry. One in four parents have a child with nearsightedness, according to the American Optometric Association. While genetics play a role – if you or your spouse is nearsighted, it increases the likelihood that your child may be as well – at least part of the rising incidence of nearsightedness is “probably due to increased near-work activities,” Dr. Whitfield says. “That’s what the research is showing.” Near-work activities are those that require a short working distance from your eyes, such as reading, studying, playing video games, or spending time on a mobile device.

Dr. Whitfield says, “A lot of research is going on in the area of childhood myopia, as there is so much we do not know about the natural mechanisms responsible for eye growth in children.” So what can you do to help your children decrease their chances of wearing glasses?

1. SEND YOUR CHILDREN OUTDOORS. Time outdoors in childhood – especially early childhood – can slow the progression of nearsightedness, Dr. Whitfield says. While research is still underway on why spending time outdoors in childhood helps prevent vision problems, some studies suggest that about 14 hours per week can lower the chances of a child’s need for glasses. “Get your children outdoors, which is good for their eyes, and their health in general,” she says.

2. SET LIMITS ON SCREEN TIME. While it might be challenging to wrangle an iPad away from your child, Dr. Whitfield says it’s important to set limits on screen time, including time in front of the TV. The American Academy of Pediatrics recommends the following guidelines on screen time:

– Ages 18 months and younger: No screen time. “The exception to that seems to be live video chats with family members and friends,” Dr. Whitfield says.

– Ages 18 months to 2 years: Screen time should be very limited, and there should be no solo screen time. In other words, don’t hand your toddler your phone so you can make dinner. Instead, let him or her stack food containers or root around your pots and pans cabinet. “Not only do screens affect their eyes, but also cognitively it is not good for them to spend time on the screen,” Dr. Whitfield says. Early exposure to screen time can affect how your little ones learn and grasp new concepts as they get older.

– Ages 6 and older: For children ages 6 and older, place consistent limits on the time spent using media and the types of media, and make sure screens do not take the place of adequate sleep, physical activity, and other behaviors essential to health.

3. PRACTICE “SCREEN HYGIENE.” Dr. Whitfield says it’s important for kids and adults to practice “screen hygiene,” a set of best practices for using screens. To start, hold digital media at least 18 to 25 inches from your face. Also, blink often. “When you’re on screens and digital media, your blink rate drops to around one-third to one-half of your normal rate,” Dr. Whitfield says. “This can lead to eye strain and dry eye.” Another form of screen hygiene is to avoid using laptops or hand-held devices outside where it’s brightly lit, as the glare can cause eye strain, she says.

4. PRACTICE THE 20/20/20 RULE. Every 20 minutes, look up from your device at something 20 feet ahead for 20 seconds. This relaxes your eyes. For example, look out the window between rounds of Candy Crush or after a chapter or two of an e-book.

While managing your children’s screen time may be an ongoing battle, set limits early and revisit them often to help keep their eyes healthy.

If you have health questions or concerns, talk to your doctor or find one near you on their website.