Romance  Under The Magnolias 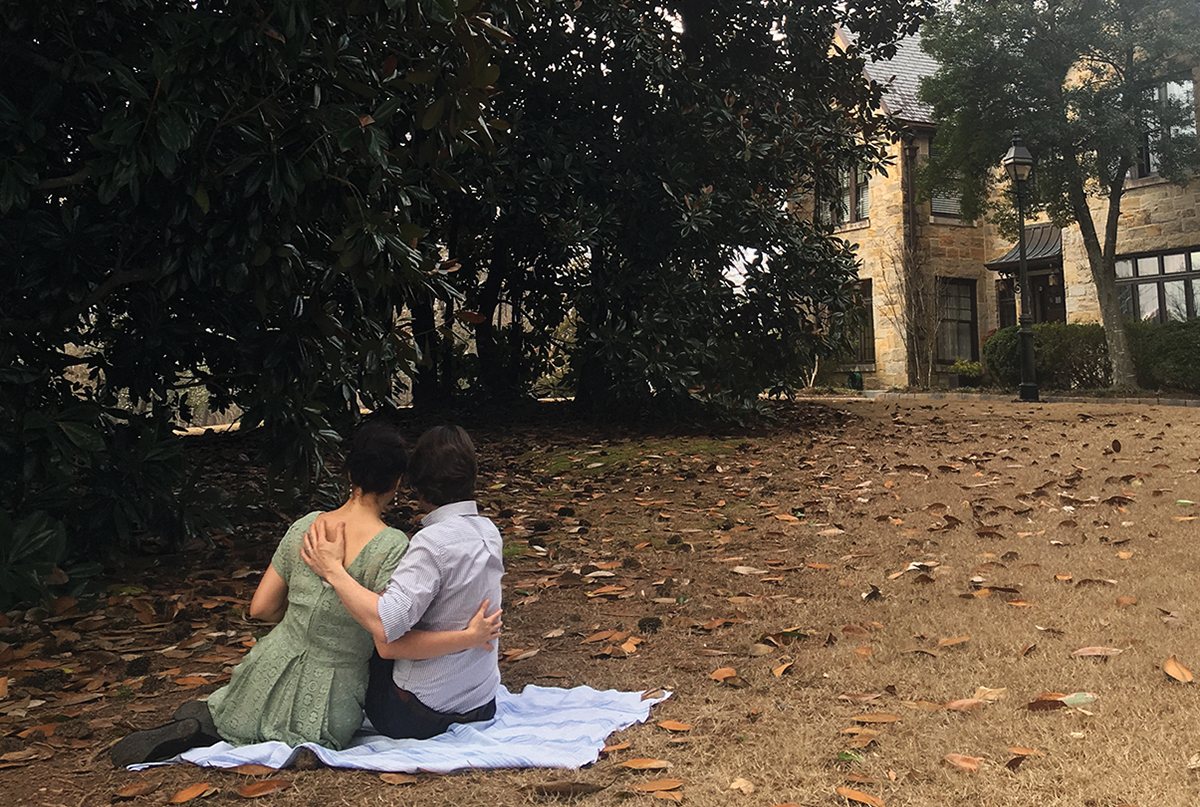 The front page of the April 2, 1999, Wall Street Journal reported, “Lovers These Days Are Going Anywhere But to the Lanes.” The article bemoaned the fact that “a quaint relic of romance falls on tough times; there’s no place to park.” To those men and women who attended Wake Forest Col-

lege, the tree of the heart was the magnolia. Sadly, with the “limbing” in recent years of these grand dames on the old campus, what’s true in New York is true in Wake Forest.

In early 1999, alumni Jim and Peggy Frisbie gave a magnolia to the Wake Forest Historical Museum with the stipulation that the branches not be cut, but rather be allowed to grow naturally low to the ground. This magnolia was gifted to honor those graceful, sweeping branches that served as play-grounds for “children” of all ages and were so much a part of Wake Forest, harbored many
a pair of courting and sparking sweethearts back when they at-tended the college. We decided to contact several alums and invite them to share, spouses willing, their recollections of romance under the magnolias.

“Wake Forest in the late ’40s was a church-sponsored school and courtship was very different from what I perceive it to be today. Privacy was not a part of the occasion. We went to the movies, played ping-pong in the basement of the religion building, or strolled around the campus. On those strolls we found that many of the magnolia trees had concrete benches under them and branches that draped toward the ground, which allowed a little privacy. Peggy and I have fond memories of the magnolias on the campus at old Wake Forest. They are sort of a symbol of our first days; here we are, 50 years later, still together.”  –  Jim & Peggy Frisbie, classes of ’49, ’51

“There is probably nothing so symbolic of the old campus as the stately, old, ‘sweeping-down-to-the-ground’ magnolias, which fairly covered it during our days. Although our courting began on the steps of the Chemistry Building, it soon graduated to the nearest magnolia whose sheltering arms gave us our own private little world, complete with a bench, from which we could watch and listen to the rest of the world go by, and perhaps even steal a kiss with no one being the wiser. We felt a great sense of loss when, some years later, we observed that those lovely old branches no longer swept down to the ground, and that our little private world no longer existed.”  –  Grady & Ann Patterson, classes of ’48, ’51

“We didn’t use those mag-nolias for shade; we used them for ‘shading out’ out-siders! There was no better fun than mad whoopee under a magnolia.”  –  Harold “Rick” & Mattie Greene Riddick, classes of ’49, ’48