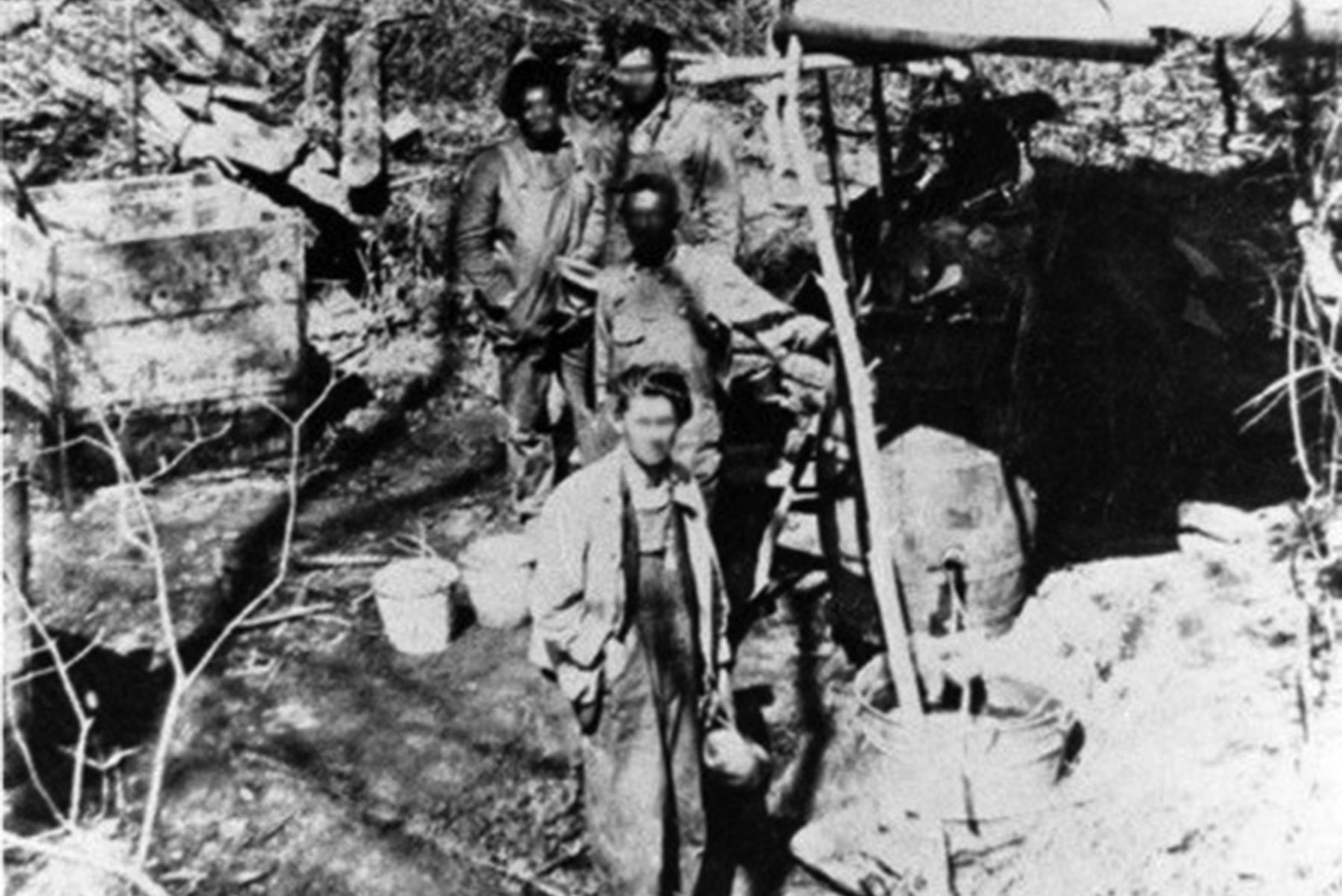 “Our Heritage” is reprinting and updating earlier articles as a way of introducing a ballooning newcomer population to Wake Forest history and culture.

In back-to-back 1941 articles in The State magazine, journalist Neil Morgan refers to the Harricane as “The Land of Paradox.” He should know; he surveyed the region in 1940: “The country? Just like its people. The people? Paradoxical. Industrious, but poverty-stricken. Friendly, but hostile. Happy, and yet despondent. Rough, still genuine. Rugged, but ragged. Clever, but ignorant.” Morgan also wrote about “the sunny side of the paradox” – the area’s “friendly unity” and “its spirit of progress.”

The Harricane is more akin to the Blue Ridge than the Piedmont. Covering at least 80 square miles within Wake, Franklin, Granville, and Durham Counties, the region is characterized by an intertwining of legend and legacy - and something we call “harricanean reasoning.”

Its notoriety comes from cracked corn and the liquor made from it. The liquor crop has a place in the region’s lore, and we’ll spend a little more time there. Yet, it is from the land’s leading hand that the ultimate legacy and reasoning emerges.

“One legacy of the Harricane,” says Wake Forest writer Pete Hendricks, “is in the richness of the history of how these folks had to make do in order to keep the farm and pay the taxes. The rough land dictated everything. Cotton and tobacco were grown, but corn was about the only thing that did well in the rocky, clay soil. The land also produced rough and tough people, meaning people who did the hard work they had to do to survive.”

Sometimes that meant dropping the plow to traverse hilly, red dirt roads for public work, often in nearby mills, the oldest being the renowned paper mill owned by The Falls of the Neuse Manufacturing Company. Situated on the river in the Falls community in the southernmost region of the Harricane, this mill was the first outsider-owned Harricane industry (circa 1850). Wake Forest’s Glen Royall Cotton Mill (est. 1900) also drew many of these early-day wagon, horse, and mule commuters. The last stretch of the trip was made along the “Glen Royall to Harricane Road,” which extended from Purnell Road across U.S. 1, then down what is now Harris Road.

In a good example of harricanean reasoning (often paired with paradox), the already depressed Harricane remained strangely unaffected during the Great Depression. “In a way,” Hendricks says, “the lives of the people never changed; suddenly they were in better shape than the ones who’d lost everything. But, way up into the ’50s there were folks still living here like people did back in the ’20s in most parts of the state.” Road paving in the latter years of the first half of the 20th century meant easier travel for jobs in nearby towns. Along with electricity (through the REA), the jobs improved people’s lives, yet poverty and hard living still characterized the region.

Without political representation or a centralized government, the independent, innovative Harricaners worked together to take care of their own through a legacy of leadership passed down across generations. “The people always had an internal political support system,” says Hendricks. “One person was acknowledged to be the leader, the ‘king’ or ‘queen,’ someone who made sure support was organized and delivered when somebody was out of money or food, a kid needed help for school, crops had to be gotten in, or someone died.”

The area’s many general stores (several owned by folks with the last name of Ray) were significant gathering places within the various enclaves, providing staples for farm and table and sharing community news and needs. These now-silent repositories of Harricane lore and legend are mostly gone, but Hazel’s Place, owned by Miss Hazel Hockaday, still sits near Stony Hill Fire Station No. 2, its hand-painted sign intact above the entryway. Legend has it that Miss Hockaday and fellow storeowner, Atlas Ray (both now deceased) were the last king and queen of the Harricane, though neither acknowledged it as so. One can imagine these two – and unnamed others before them – humbly going about the business at hand, whatever it might be.

Stories will go untold here, including those of Priestly Mangum and his Mangum Terraces, and “Pioneer Ecologist” B.W. Wells and his Rock Cliff Farm (the farm is listed in both the Registry of Natural Heritage Areas in Falls Lake Recreation Area and the National Register of Historic Places). We invite you to investigate the legacies of these Harricane treasures. Before we leave you to it, though, there is one more story to tell, one too important to leave out …

Since the mid-1800s, there has been a dam on the Neuse in the Falls community, but damming the river for downstream flood control was not a government priority until the 1930s. Though authorized in 1955, the project languished for lack of funds, was finally begun in 1976, and impoundment completed in 1983. Some argued that the damming and concurrent creation of Falls Lake stole both land and a way of life from the Harricane. In balance, the action saved downstream farms, communities, and livelihoods from destructive floods and created a water source for Raleigh. By law, all aquaculture land destroyed by the lake had to be replaced; that replacement land included vast amounts of bottomland in the Harricane. Now protected watershed, this land can never be touched. “This is one of the reasons,” says Hendricks, “why the region will never become commercial or industrialized. There are a lot of restrictions anyway because of the shape of the land that made the Harricane the Harricane. The irony is that this will eventually protect the region. A lot of people will live here, but not with mega-development.”

Peppered now with subdivisions catering to the upper-middle and owning classes, Harricane land would today be out of reach for Atlas Ray and Hazel Hockaday.

It is betwixt and between the peculiar layering of history, legend, and irony that make up the Harricane where we find the greatest example of harricanean reasoning, and it is this: the last words spoken in the Harricane will come from the land itself, not from those who lived there or from those to come. It is the land’s leading hand, not man’s, that will silently and ultimately speak (in the Harricane’s case, it always has), and we will just have to be content with that.

Thanks to Neal Morgan, Darin Ray, Ryan Keith (who also provided our photo of a young Atlas Ray and his unidentified companion), Pete Hendricks, and Janet Steddum.