Helping Babies To Grow And Thrive 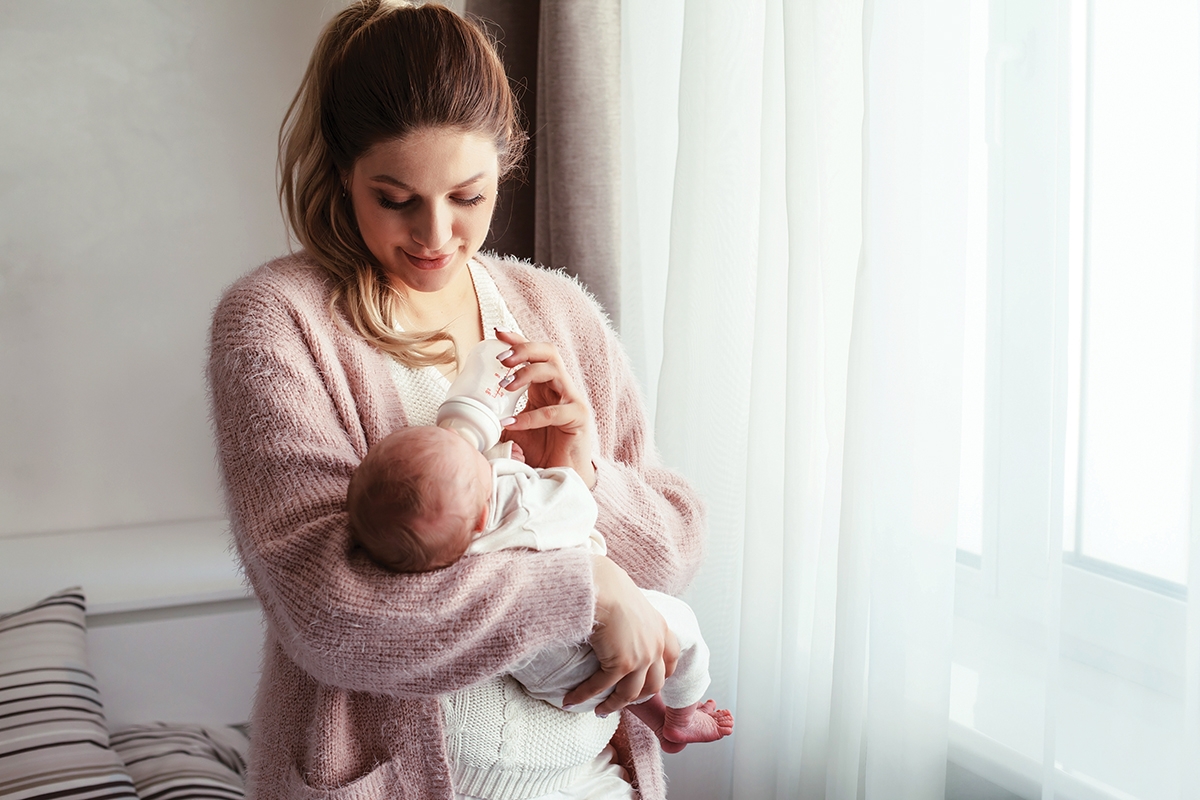 Fragile newborns need the best possible nutrition to grow and develop into healthy infants. Breast milk is the recommended source of nutrition for newborns, especially those who are born prematurely (each year, more than 10,000 babies are born prematurely in North Carolina). “Breast milk is a lifesaving medicine for these babies,” said Jonathan Seigel, MD, neonatologist and medical director of WakeMed Mother’s Milk Bank. “It contains antibodies that protect preemies, as well as full-term infants, against disease, illness, and intestinal infections.”

Many times, critically ill and premature babies are unable to breastfeed and their mothers may have trouble establishing their own milk supplies.

The WakeMed Mothers’ Milk Bank, located at WakeMed Cary Hospital, provides safe, pasteurized donor milk to babies in hospital neonatal intensive care units (NICUs) in North Carolina and all along the east coast – breast milk donated by caring and concerned women. This bank is one of just 24 non-profits in the U.S. accredited by the Human Milk Bank Association of North America (HMBANA). Nonprofit milk banks rely on the generosity of women who take the time and effort it requires to donate their milk and help infants during their most vulnerable phase of life.

Milk bank donations mean the world to NICU families at such a stressful time when mothers don’t have enough breast milk supply yet due to hormones, stress, and premature births. Donors literally help save babies’ lives.

“It’s hard for donors to realize how much impact they have – how their milk influences these babies lives,” said Dr. Seigel. “Breast milk is the only thing that is going to have such a significant, positive impact on neurodevelopmental outcomes, and we know NICU babies receiving breast milk will have fewer infections, lower incidence of necrotizing enterocolitis (NEC), less sepsis, lower retina immaturity, and reduced length of stay in the hospital.”

“Supply is in demand, and many times women don’t realize they’d be a great donor, or they think it will be complicated,” said Montana Wagner-Gillespie, manager of WakeMed Mother’s Milk Bank. “We know women are juggling a lot so we want to make it super convenient to donate and help save other babies’ lives.” Wagner-Gillespie said many women have more breast milk stored in their freezer than they need.

“They simply pull up and call us, and someone will come down to get it – there is no need for them to leave their car, and that means a lot to a busy mother, especially if she has a baby with her,” added Wagner-Gillespie.

Approved donors can also deliver milk to the bank in Cary during normal operating hours (9:00 AM – 4:00 PM), and Wagner-Gillespie says her team hopes to open additional depots at several sites around Wake County to make it as convenient as possible to donate.

Without donors, the milk bank would be unable to continuously supply milk to the fragile infants who need it.

Many women who have personally experienced the high level of care in the NICU and greatly appreciate lifesaving use of donated breast milk decide they want to contribute if they are able to produce more than they need for their own baby.

“We also have bereaved mothers who choose to donate,” said Wagner-Gillespie. “It means so much to them.” One mother she recalls even decided to pump and provide milk all the way through to what would have been her baby’s one-year birthday. Another mother explained that it provides a little light during such a difficult time for some grieving mothers – to know other babies will survive and thrive because of their gift of breast milk.

Most moms in good health can donate milk. WakeMed Mothers’ Milk Bank follows guidelines set forth by HMBANA to ensure the highest level of purity and safety for fragile infants. There are, however, some restrictions that would preclude a woman from being a donor. Initial screenings for potential milk donors is a simple 10-minute phone screening with questions about storage, medications, travel, etc. “We are looking for anything that could be a concern and affect a fragile NICU baby,” said Wagner-Gillespie. “If there are no concerns during the phone screening, the next steps include some paperwork with more in-depth questions, physician approvals, and blood tests.” Once a donor is approved, they make an initial donation of 100 ounces of breast milk and then varying amounts for following donations.