IT'S NOT JUST ABOUT THE MUSIC 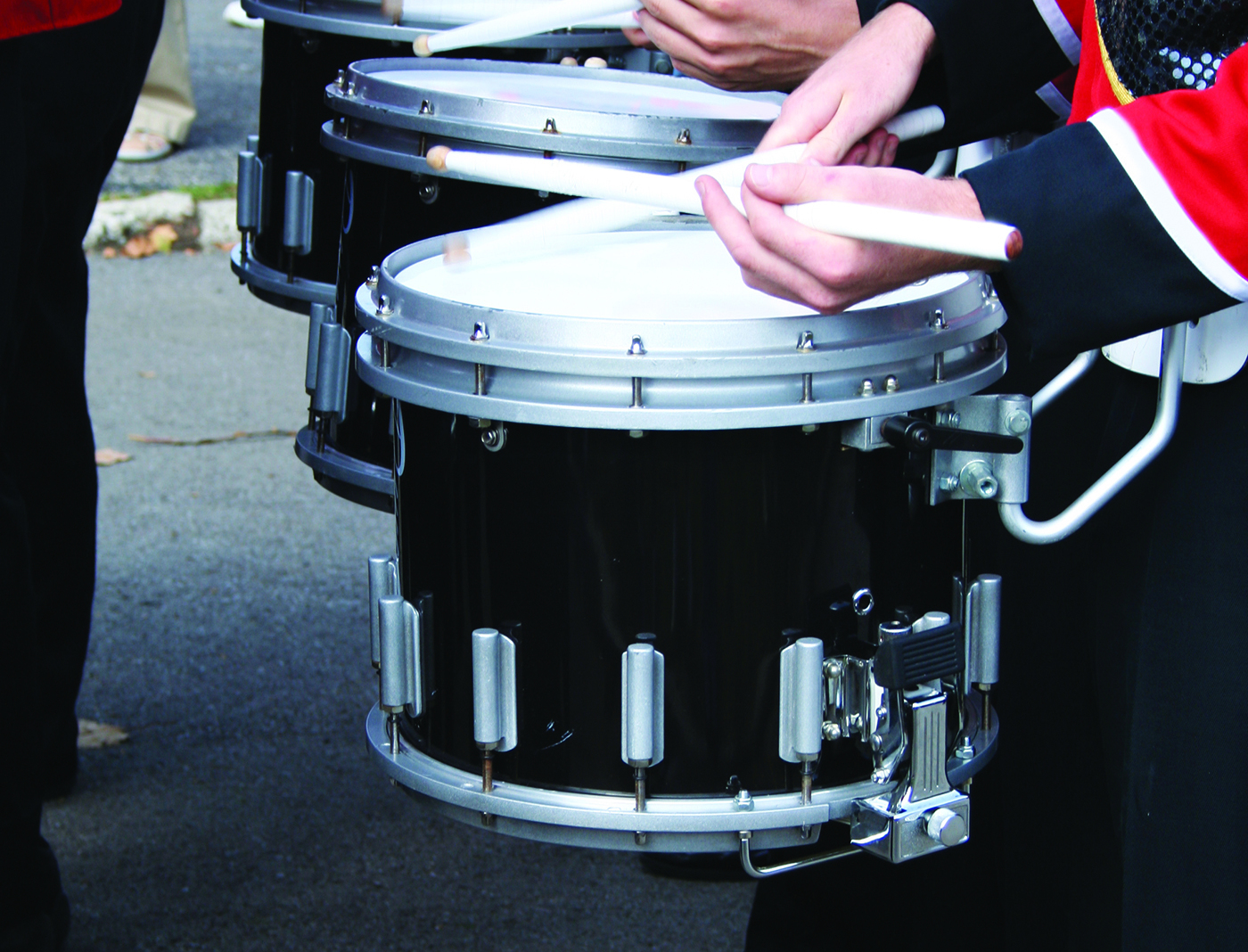 Do you remember your high school marching band? If so, you will be happy to know that it still exists. There are numerous groups working hard to develop a show using musical innovation, and many of those groups are here in the Wake Forest area. Marching band has been my life since my first year of high school and I want to share a few reasons why it can be one of the most influential experiences for your child.

What a lot of parents, school principals, students, and communities don’t understand is that marching band is more than just playing silly songs at a football game, or putting on a strange feathery hat to make shapes on a field. Marching band is a physical, competitive, skill-building, and socially encouraging activity that only brings success. If we look closely at what some of the programs in this area are trying to do, we will see that they are trying to build a culture of musicians who care about the activity, the experience, and most of all, for each other. You may not be aware of the countless events hosted by these high schools. Some include local band competitions, indoor percussion competitions, winter guard competitions, and other volunteered group events – all of which are hosted on Saturdays. Be on the lookout for these events as the autumn months come closer. If your child is a student at a high school in the area, or will be soon, see if you can acquire a schedule for the season so that you can support these talented groups in their endeavors.

Let’s look a little closer at the list of perks that come with being a member of the marching band. Consider the following when discussing this activity with your child.

It is a physical activity

This type of band is not your typical concert or orchestral band. It requires stamina, strength, and precision so that members can function at certain speeds and tempos to produce the best possible show imaginable. Members are trained over the course of several weeks to handle the physicality that this activity demands.

It is a skill-building activity

Being a member of the marching band requires being a team player. Students will learn to function within a system that relies on other people to achieve success. Specifically for South Granville, Director Brad Maston sets the guidelines early in the season so that members learn the meaning of their mantra, “Tradition, Pride, and Excellence,” throughout their marching career. In addition, it teaches important skills like responsibility, time management, honor, self-respect, and professional behavior in the music industry. I would not be where I am today if it were not for the marching arts. I currently instruct the percussion for several high schools and am the director of percussion for South Granville High School. Through the world of marching band I was able to make connections with influential people who have helped me attain the skills and status necessary to teach students how to succeed.

It is a socially encouraging activity

When groups seek to create a culture instead of a basic class, the outcome is a production of young professionals who know how to communicate on a personal and public level. The interaction between members and the team-building skills learned open opportunities for students to succeed in many different areas.

Being a professional in this field, I am sad to say that the awareness and support of marching band has depreciated over the years. Perhaps the only viable reason would be a lack of interest. However, Dwayne “The Rock” Johnson seems to think the culture is very interesting. This summer, he is touring with several drum and bugle corps to create a documentary about the intense musicianship of Drum Corps International (DCI). For those of you who don’t know, DCI is a “powerful, nonprofit, global youth activity with far-reaching artistic, educational, and organizational influence.” Their mission statement reads: “Drum Corps International is a cooperative association of its member and participating organizations: We seek to promote and inspire unparalleled excellence in music and performing arts throughout the world.”

These groups are made up of 150 musicians ranging in age from 13-22. Most of the group is composed of brass players, and the other members comprise the drumline, front ensemble, and color guard. Jill Wagner, a CBS reporter, explains that Indiana State University “analyzed a drummer in 2005 and found that the physical demands rival professional athletes with heart rates as fast as sprinters and oxygen intake like marathon runners.” Dwayne Johnson also comments on this fact stating, “I had no idea how incredibly complex and inspiring the drum corp culture is until we produced the series. Can’t wait for you to see it.”

While the high school marching band world may not be as intense and physically demanding as DCI, they are still trying to mimic the intensity set forth by this youth activity. I have many students go after, and during, their high school careers to march with pro-
fessional drum and bugle corps, and they always come back saying, “There’s nothing quite like it.”

While you may not have the ability to go support a DCI event, you can support the local high school events and the students involved. If your child has an interest in music and is contemplating the marching band, consider the positive, lasting effects that it will have on him or her, including an advantage towards a musical career in college. It is worth the time, commitment, and money. To find out more about DCI, please visit www.dci.org.