Is Blue Light Wrecking Your Night? 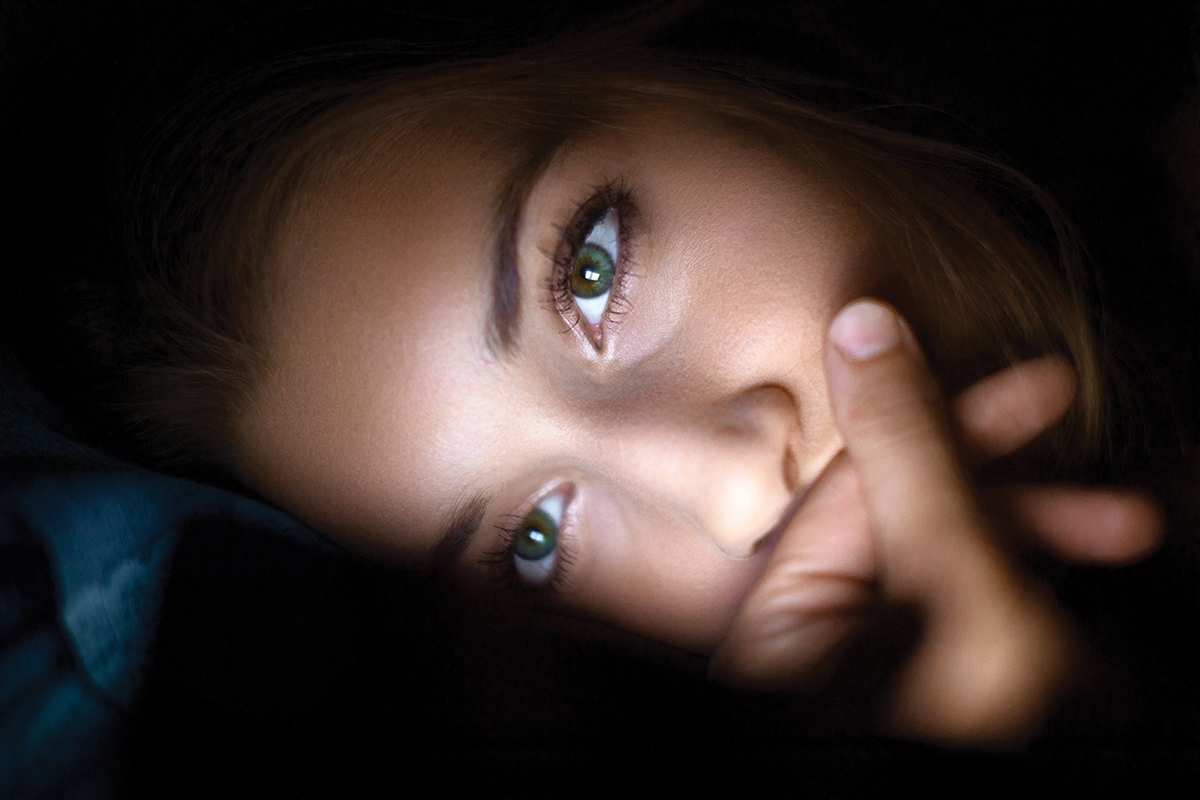 Blue light exposure is a growing public health concern. However, many people do not really understand exactly what blue light is and why the concern is mounting. Most of us are familiar with UV light and the harm that it can do to our eyes and skin. UV light and blue light are not the same. UV contains longer wavelengths than blue light and is part of the light spectrum that we cannot see. Blue light is visible light and has the shortest wavelengths and highest energy of all of the visible light spectrum. Sunlight is the main source of it, and being outdoors during daylight is where many of us are most exposed to blue light. But there are also many man-made, indoor sources of blue light, including fluorescent and LED lighting and flat-screen televisions. The display screens of computers, smartphones, and other digital devices emit significant amounts of blue light, although still only a fraction of that found in sunlight.

But the amount of time people spend using these devices, especially in the evening hours, has many eye doctors and other health care professionals concerned about possible long-term effects of blue light on overall health – and more specifically, eye health.

One deleterious effect of blue light exposure is poor sleep quality. Until recent modern times, people spent their evenings in relative darkness. Nowadays, many of us spend our evenings basking in the blue light that is coming from our smartphones, televisions, and other digital devices. This is problematic for our circadian rhythms, as they are thrown off by light exposure at night. Melatonin is a hormone that regulates wakefulness and your circadian rhythms. As bedtime approaches, your brain increases melatonin production in preparation for a good night’s rest. However, blue light exposure has been found to be a potent inhibitor of melatonin production. Decreased melatonin levels will cause you to sleep for shorter periods. Less sleep has been linked to increased risk for depression, as well as diabetes and cardiovascular problems. In one study, people in a sleep lab who read from an e-reader at night saw their nighttime melatonin levels drop by 55% after five days, took longer to fall asleep, had less restorative rapid eye movement (REM) sleep, and felt more groggy the next day than those reading a paper book.

The retina is the delicate layer of nerve cells lining the back wall of the eyeball. This layer senses light and sends signals to the brain so that visual images can be formed. The cornea and the lens are structures at the front of the human eye that are very effective at blocking UV rays from reaching the retina at the back of the eyeball. However, blue light generally passes freely through these structures and is absorbed by the central retina, otherwise known as the macula. Laboratory studies have shown that excessive blue light exposure can damage light-sensitive cells in the retina, potentially increasing one’s risk for developing macular degeneration. Macular degeneration is a debilitating eye condition that can result in poor central vision. People with advanced AMD have blurred and distorted central vision. They are unable to drive, read, or see details on faces. An estimated 1.8 million Americans have vision loss associated with advanced AMD, while another 7.3 million are at substantial risk. Although more research is needed to determine how much blue light is too much for optimal retinal health, many eye doctors are concerned that excessive blue light exposure might increase one’s risk for developing macular degeneration in later stages of life.

Not all blue light exposure is bad. In fact, some blue light exposure during the day helps to boost alertness, improve memory and cognitive function, and elevate mood. Outside play time is highly recommended for kids as blue light exposure from the sun is thought to be protective against the development of nearsightedness. However, you should take measures to protect yourself from excessive blue light exposure during the day, and especially at night. Avoid looking at bright screens beginning two to three hours before bed. If you must look at a device in the evening, consider using the setting on your phone or laptop that shifts your screen to more orange-red longer-wavelength lights at night. If your phone has this capability, it might be called “Night Shift” or “Night Mode.” An app such as f.lux will achieve similar results on your desktop. A variety of blue-light blocking anti-reflective coatings and lenses are available in both prescription and non-prescription varieties. Lutein and zeaxanthin are pigments that are found in the macula. They are powerful internal blue light blockers, stopping the blue light from being absorbed by the macula. Lutein and zeaxanthin are not produced by your body and must come from your diet. They are most abundant in dark green leafy vegetables such as kale, collard greens, turnip greens, and spinach. Broccoli, peas, and avocados are also good sources of this powerful antioxidant duo. If you are curious about your levels of lutein and zeaxanthin, some eye doctors have equipment that can indirectly measure the amounts in your macula. If your levels are low, you can increase your intake of lutein and zeaxanthin-rich fods or you can take supplements.