All About Pediatric Hip Dysplasia 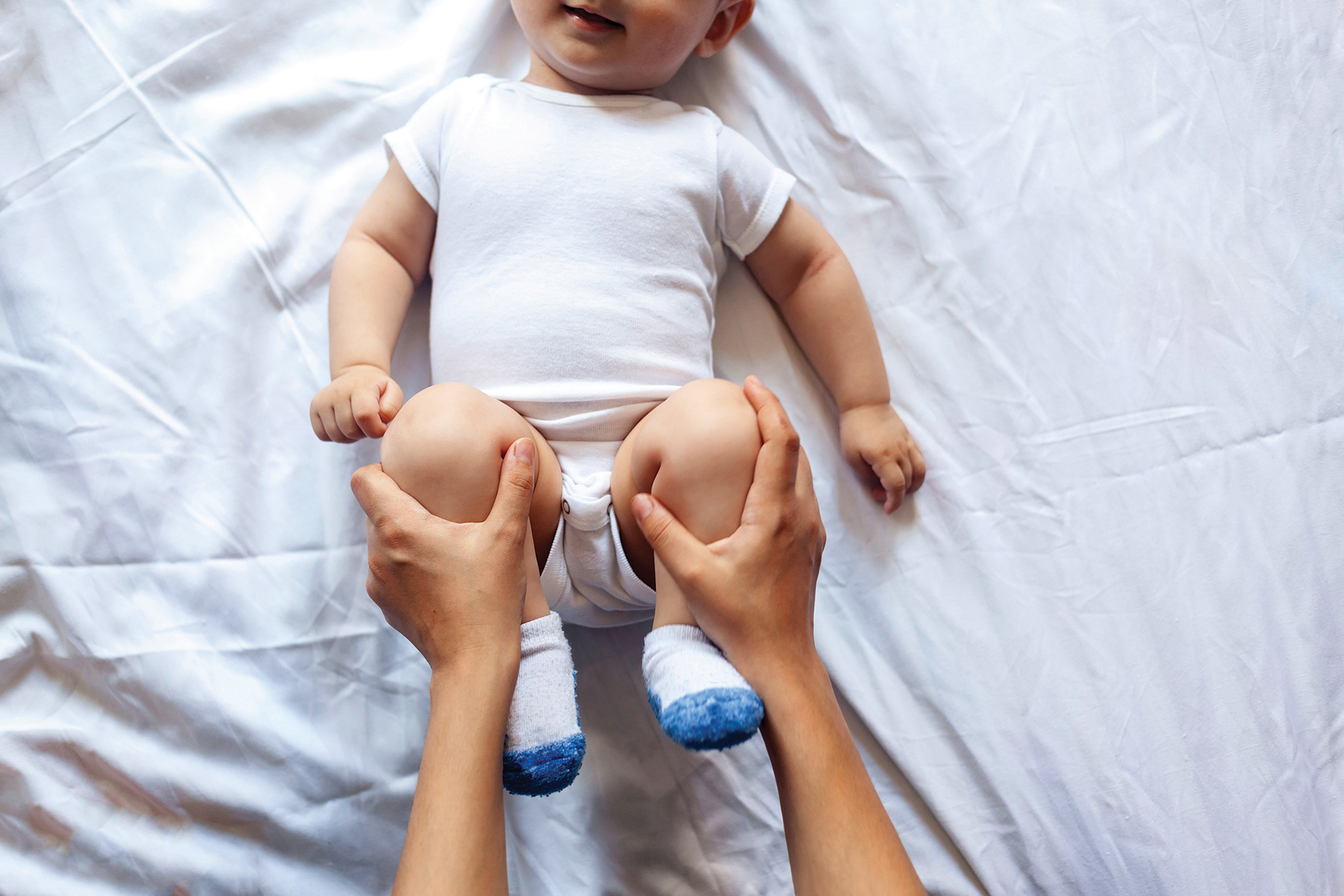 For new parents, the health of their newborn baby is a top priority. From pregnancy to the hospital stay after delivery and then subsequent check-ups with the pediatrician, prenatal and pediatric care providers perform numerous evaluations and assessments to ensure a baby’s development is normal and on track. One area of concentration is to make sure that the infant is not at risk for developmental dysplasia of the hip (DDH).

Developmental dysplasia of the hip is a congenital, abnormal development of the hip that occurs while a baby is in utero. The hip is a ball-and-socket joint connecting the femur or thigh bone to the pelvis – it is where the rounded end of the femur bone fits into a cup-like area formed by several bones in the pelvis, called the acetabulum. In a baby with DDH, a spectrum of different issues could be at play. Something could be wrong with the socket of the joint or the ligaments, tendons, or muscles that hold it together. For instance, the ligaments around the joint could be loose, creating too much mobility or motion.

“Detecting DDH during the early stages of a baby’s life is critical for normal development,” explains Dr. Robert Llanos, a board-certified pediatric radiologist with Raleigh Radiology. “If DDH is left undetected and untreated, there is a chance that the hip will not form properly, which could result in a hip or leg that turns outward, or one leg could end up being shorter than the other. This will affect how the child walks and could result in a limp. Additionally, if one hip is not functioning normally or developing properly, this could lead to pain and early arthritis damage later in life.”

Detecting DDH in the Early Weeks of Life

There are several different ways DDH can be detected in a young infant. To begin, all babies are examined by a provider (typically their pediatrician) for DDH after birth, while they are still in the hospital. The provider looks to ensure the infant’s legs are the same length, that there are equal folds in the hips, that the hips move appropriately when rotated, and to see what happens when pressure is placed on the hips. If the hips feel unstable with pressure or there is too much movement, or if a dislocation can be felt, DDH could be the problem. Newborn babies are also consistently examined for DDH throughout early infancy during their regular pediatrician well-visits.

The best way to clearly determine if a baby has DDH is via a hip ultrasound, performed with a pediatric radiologist in the radiology office. Babies who are sent for a hip ultrasound typically have one of these risk factors:

– An abnormality was detected during the infant’s hospital exam or during a subsequent exam at the pediatrician’s office;

– The infant is considered high-risk for DDH since there is a family history; i.e., a parent or sibling was diagnosed with it in the past;

– The baby was found to be in the breech position during the third trimester of pregnancy.

What Happens During THE Ultrasound?

The parent/caregiver may be encouraged to assist with holding and positioning the baby during the exam, offering a sense of comfort and familiarity for the child. For the exam, the ultrasound technician will ask the parent/caregiver to partially undress the baby down to his or her diaper. He or she will then use a special wand called a transducer, along with warm gel, to take images of the hips from different angles by rolling the baby from side to side.

“This ultrasound exam is a painless experience,” explained Dr. Llanos. “The only feeling for the infant will be a feeling of slight pressure when we are examining and taking images of the hips.”

If an abnormality is found after the DDH ultrasound, most pediatricians will send the infant to a pediatric orthopedist for further evaluation and a treatment plan. If the findings are mild and the baby is of an early age, the issue might correct on its own. In this case, the infant will be reimaged about a month later, but no other treatments will be given at that time. However, if the results are more severe, treatment options could include:

– A harness or soft brace that keeps the hips in an open position and directs the ball of the joint to the socket so that it will grow and develop properly. This is a common treatment option.

– In more severe cases, which are less common, the infant might need a rigid cast placed around the pelvis and thighs, allowing for less motion and flexibility, again, so the ball of the joint is directed to the socket for proper growth and development.

– In very severe cases (i.e. dislocation), which are most uncommon, the infant will require surgery or the manipulation of the joint while under anesthesia, and then the placement of a rigid cast.