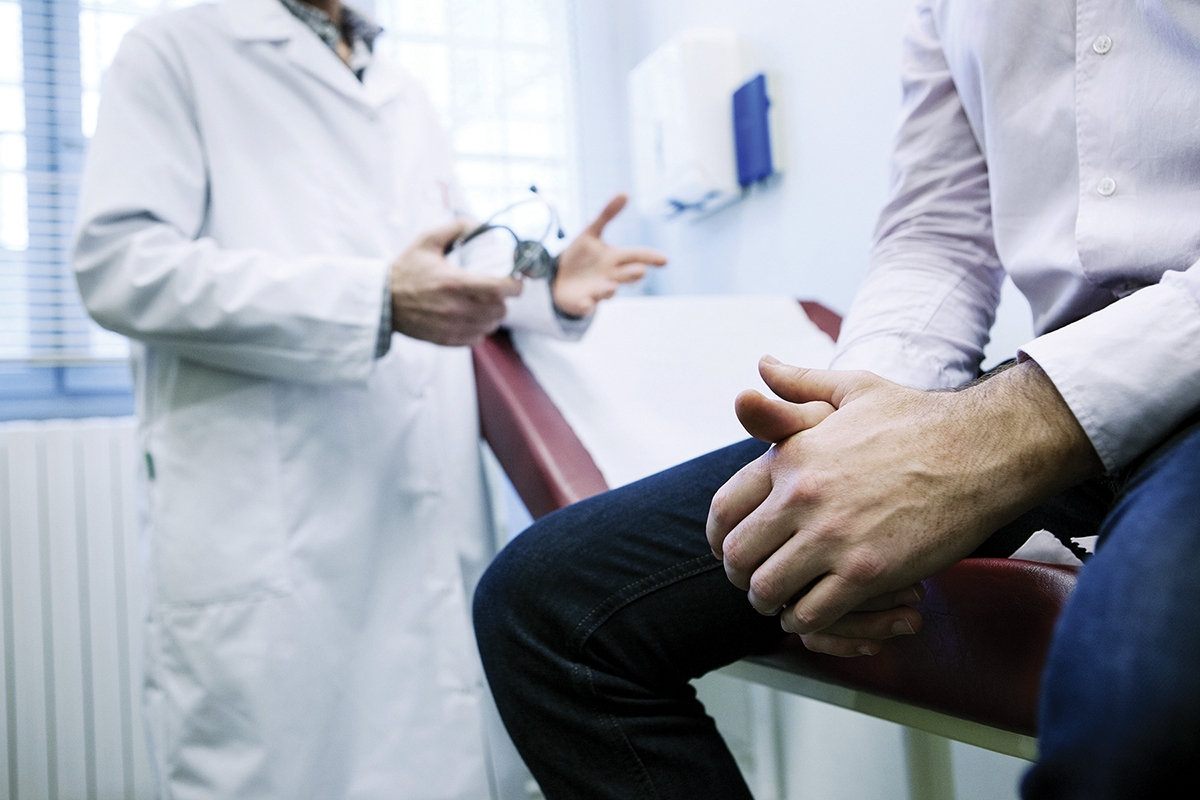 Getting a vasectomy is a big decision – although experts say making the decision is far more difficult than the procedure itself. Here, we talk with urologist Dr. Ian Udell from WakeMed Physician Practices – Urology to explore the top questions most men, and their partners, may have about this permanent form of contraception.

HOW DO YOU KNOW IF YOU’RE READY? Dr. Udell stresses the importance that having a vasectomy is a very personal decision. If you (and your family, if applicable) are certain you have no interest in having children in the future and want the security and freedom that comes with permanent contraception, a vasectomy is a great option to consider.

HOW EFFECTIVE IS A VASECTOMY? “My patients are often surprised to hear that a vasectomy is one of the most effective methods of birth control and is as effective – if not more effective – than other forms of contraception, including tubal ligation,” said Dr. Udell. A vasectomy is nearly 100% effective after sterility has been confirmed, which typically occurs three months after the procedure.

For comparison, here’s the lineup of contraception failure rates according to the CDC:

WHAT CAN I EXPECT? The procedure is typically performed in the doctor’s office or in an outpatient surgery center and takes about 15-20 minutes total. Because of medications, you’ll need someone to drive you home afterward. “As for the procedure itself, you’ll likely be given a mild sedative to relax, and then we’ll numb the area,” Dr. Udell explained. “A small puncture is made in the scrotum which allows us to cut the sperm ducts (vas deferens), which will then be blocked with small clips.” Dissolving stitches are sometimes, but not always, needed. Dr. Udell says the most common complications include minor bleeding, some discomfort, and mild swelling. These are not unusual and should stop in 72 hours.

WHAT IF I CHANGE MY MIND AFTERWARD? Sometimes men may elect to have a reversal following a remarriage, loss of a child, or just a change of heart. “Even though a reversal can be performed, I always tell patients to consider a vasectomy permanent contraception,” added Dr. Udell.

“You should never go into a vasectomy thinking you can just have a reversal done at a later date – all surgery comes with risks, and it’s only effective 50-70% of the time if performed within 10 years.”

Patients who elect to have a vasectomy should come to terms with the fact that they may never have another child, regardless of what life may bring them. This is often a difficult, but important discussion to have prior to having a vasectomy.

WHEN IS THE BEST TIME TO GET A VASECTOMY? Most men will take two days off of work or have the procedure done on a Friday so they have the weekend to recover.

It’s true that men often choose to undergo a vasectomy on the same day as their friends to make their recoveries more enjoyable. Whiles many group vasectomies are planned around big sporting events, like the U.S. Open or the World Series, the procedure is popular year-round.