Stories Of Turmoil And Aspiration 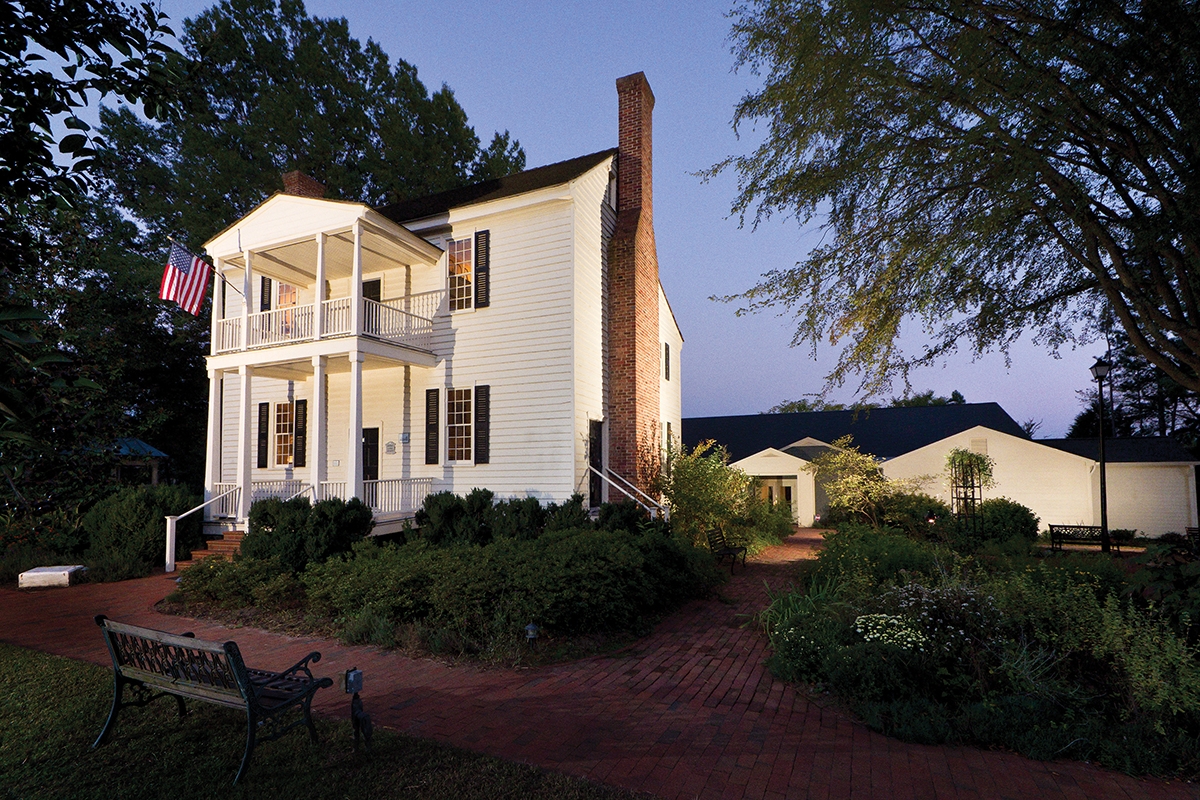 The Wake Forest Historical Museum is pleased to announce “Early North Carolina: Stories of Turmoil and Aspiration,” a course hosted by the WFU ADVENTURES with Lifelong Learning program on March 21, 2020. From early confusion over boundaries and property lines, to the influx of a wide variety of racial and ethnic cultures, to war, and to the struggle for settlement and civic stability, guest lecturers Jake Ruddiman and Mary Tribble will examine the fascinating, complex, and often troubling story of North Carolina’s history.

Beginning with how North Carolina compared to other colonies, this daylong course will explore varied episodes of the state’s narrative. Course topics include the upheaval of revolution for the peaceful Moravian settlers, the shock for soldiers from northern colonies coming to the state to fight in the Revolution and seeing slavery of Africans firsthand, and the determination of educated clergy hoping to establish lasting institutions such as Wake Forest College. Course participants will examine letters of soldiers, detailed reports of the Moravians, and letters and diaries of the Wait and Merriam families contemplating a college in a slave-holding state. With ample time for questions and the opportunity to tour the museum galleries and historic Calvin Jones House, it will be a full and absorbing day.

Course instructors are Jake Ruddiman and Mary Tribble from Wake Forest University where Ruddiman is an Associate Professor of History and Tribble is the Senior Advisor for Engagement Strategies. Ruddiman received his A.B in History from Princeton University and his M.A., M.Phil., and Ph.D. from Yale University. His 2014 book, Becoming Men of Some Consequence: Youth and Military Service in the Revolutionary War, explores the lives and choices of young men in the Continental army. His current research explores the Revolutionary era in the Southeast, where he is particularly interested in the Moravian Brethren of Salem, North Carolina. He is also researching the place of slavery in soldiers’ travel writing during the War of American Independence and the diverse relationships among American and European soldiers and enslaved people. Across these projects, his work as a historian of Revolutionary America explores how people built their lives, reshaped their communities, and constructed meaning for themselves and for posterity.

Tribble graduated from Wake Forest University in 1982 with a degree in Art History and completed her Master of Arts in Liberal Studies in 2019. Her thesis, directed by Ruddiman, Bill J. Leonard, and Michele Gillespie, studied Sally Merriam Wait, wife of the first President of Wake Forest. A fifth generation Wake Forester, Tribble returned to her alma mater in 2014 to become Senior Advisor for Engagement Strategies where she is responsible for creating meaningful experiences for the approximately 70,000 members of the alumni family. She also oversees the Wake Forest Historical Museum at the site of the original campus here in Wake Forest and is a member of the steering committee of the Slavery, Race and Memory Project, an initiative that reexamines the university’s history with regard to slavery and its legacies. Tribble serves on the National Advisory Council at Reynolda House Museum of American Art and has recently restored an 1824 house in Old Salem. Prior to her return to Wake Forest, Tribble owned an event marketing firm in Charlotte for 25 years.

Established five years ago, the Lifelong Learning with Wake Forest University program offers courses throughout the year in Winston-Salem at the Brookstown Campus, Reynolda House Museum of American Art, and Wake Downtown. “Early North Carolina: Stories of Turmoil and Aspiration” is the first lifelong learning course to be offered at the Wake Forest Historical Museum. The Wake Forest Historical Museum, owned and operated by the Wake Forest College Birthplace Society, includes the historic Calvin Jones House, modern museum building, and gardens. The Birthplace Society’s mission is to preserve, share, and support the unique history and culture of Wake Forest – College, Town, and University.

The course will be held at the Wake Forest Historical Museum (414 N. Main Street, Wake Forest) on March 21, 2020 from 9:30 AM – 4:30 PM and includes a morning snack and lunch. Course registration costs $125. Seating is limited, so register early. Registration details can be found at https://go.wfu.edu/kf8. For more information, email lifelonglearning@wfu.edu or call 336-758-5232.