Does Your Child Have Fortnite Fever? 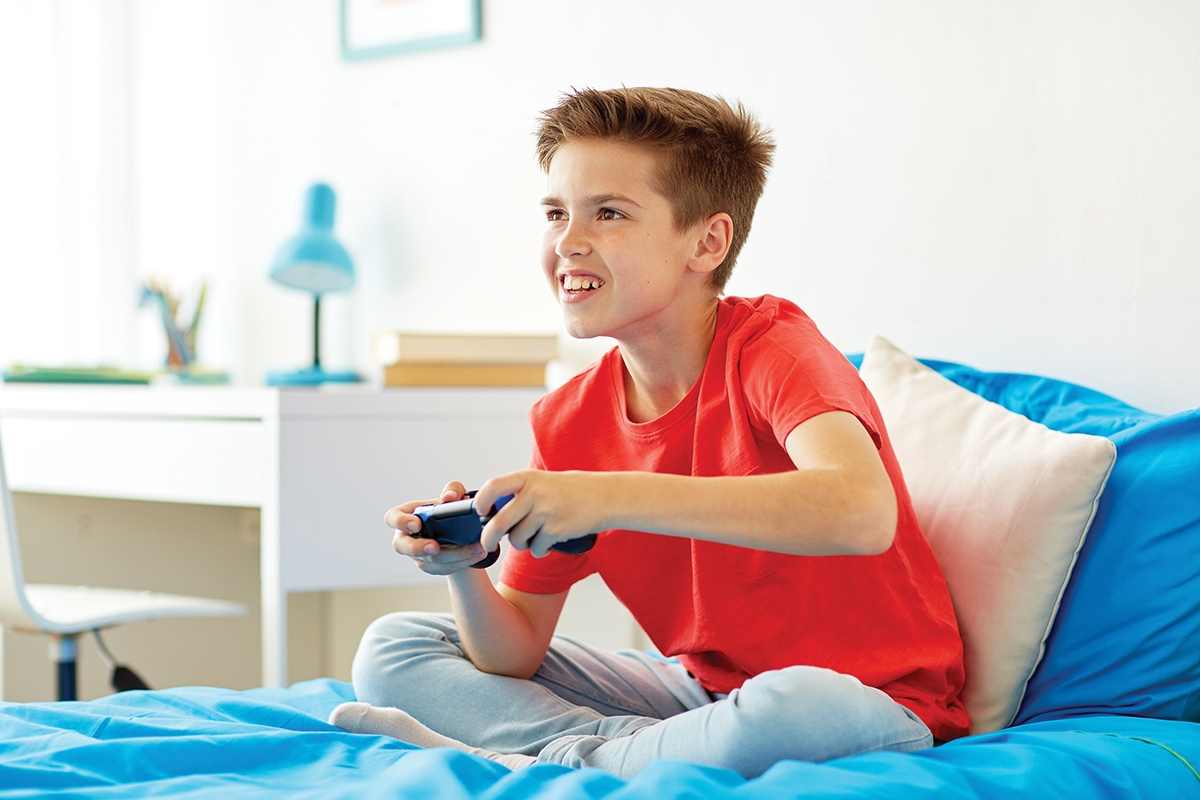 If you are the parent of a tween, teen, or college-age child, chances are you’ve heard of Fortnite Battle Royale, the video game that’s taken over the Internet. Free and available across multiple gaming platforms, Fortnite drops 100 competitors on an island to search for weapons and other resources, build defensive structures, and defeat opponents in an interminable journey to become the last player standing.

In less than a year, Fortnite grew to 125 million players, with more than 40 million logging in to play every month. Seemingly countless blog posts and news stories have been dedicated to its popularity and how many players can’t seem to put it down.

We talked to pediatrician Jeffrey Ryan, MD about what parents should know about the health effects of video games such as Fortnite.

Your Brain on Fortnite

“If you’re playing more visual-spatial activities (such as Fortnite), you’ll have more growth in visual-spatial parts of the brain,” Dr. Ryan says. These parts of the brain relate to your ability to visualize and manipulate objects, such as imagining what a space or shape looks like in your mind. “These types of skills are helpful for an archaeologist, an engineer, or a surgeon,” Dr. Ryan says.

Fortnite is a third-person shooter game, meaning the players view the action as if they are behind the characters they are controlling. Research has shown that first- and third-person shooter games can be powerful brain-training tools that can improve such cognitive skills as visual attention, concentration, navigation, multitasking, and task switching, all while increasing speed and accuracy. But research has also linked playing violent video games with depression in children.

In addition to the physical changes in the brain your child can experience while playing video games, he or she may also experience emotional changes. Dr. Ryan says that kids – especially younger ones – experience constant stimulation when playing video games. Their heart rate and blood pressure increase. They are hyperaroused. “When you take that away, you have an overstimulated kid who has a hard time regulating his or her emotions,” Dr. Ryan says. “They get agitated when they aren’t allowed to do it anymore. I think most of us as parents see that with kids even after an hour of Fortnite.”

Is Your Child Addicted to Video Games?

“One of the signs of true addictiveness is that you need more and more time to get the same level of pleasure, and you’ll lose friends over it, your grades will fail because of it, but no matter the consequence, you continue the behavior,” Dr. Ryan says. “If it becomes harder and harder to take your child away from the game and it’s interfering with their life, that is cause for concern and it may be time to see a counselor.”

Your brain releases dopamine when playing video games. Dopamine is a neurotransmitter that helps control the brain’s reward and pleasure centers. The release of dopamine prompts the brain to crave more. “It’s similar to the same feeling you get when you gamble or eat a candy bar, so that’s where there could be the potential for addiction, but the dopamine released during gaming is not more than these other activities,” Dr. Ryan says.

If your child wants to play video games and ignores other activities – even if there is a negative impact, such as losing friends or getting in trouble – he or she may need a break from video games. Dr. Ryan says that if your child is using gaming to calm anxiety or deal with depression, even if he or she is not addicted, you should talk to your doctor or a counselor.

Dr. Ryan says it is important to set boundaries on the amount of time spent playing video games, especially with younger children. “Kids younger than 12 cannot regulate themselves, because they don’t have the frontal lobe capacity to do so,” Dr. Ryan says. “So I would limit game time to one to two hours per day and then see how they are doing. If they have a big psychological meltdown when you tell them to stop, then you need to cut down that time or have them try different types of games.” Dr. Ryan suggests talking to your children about your expectations ahead of time. “Explain that you need them to either self-regulate, which means you have to be able to show us that you can turn it off on your own, or we will have to do that for you,” he says.

While Fortnite can be played alone, friends can team up – often over headsets linked to the game – to form alliances, strategize, and cheer for each other. “There are social benefits because they’re talking to their friends and playing together,” Dr. Ryan says. Because players form small teams, kids can play cooperatively with their friends. This kind of play encourages communication, teamwork, and strategic thinking.

So Fortnite and other video games aren’t all bad. It’s really about how much time your child is dedicating to that virtual island – and whether you can get him or her back to reality when needed.

If you are concerned that your child may be addicted to video games, talk to your pediatrician.