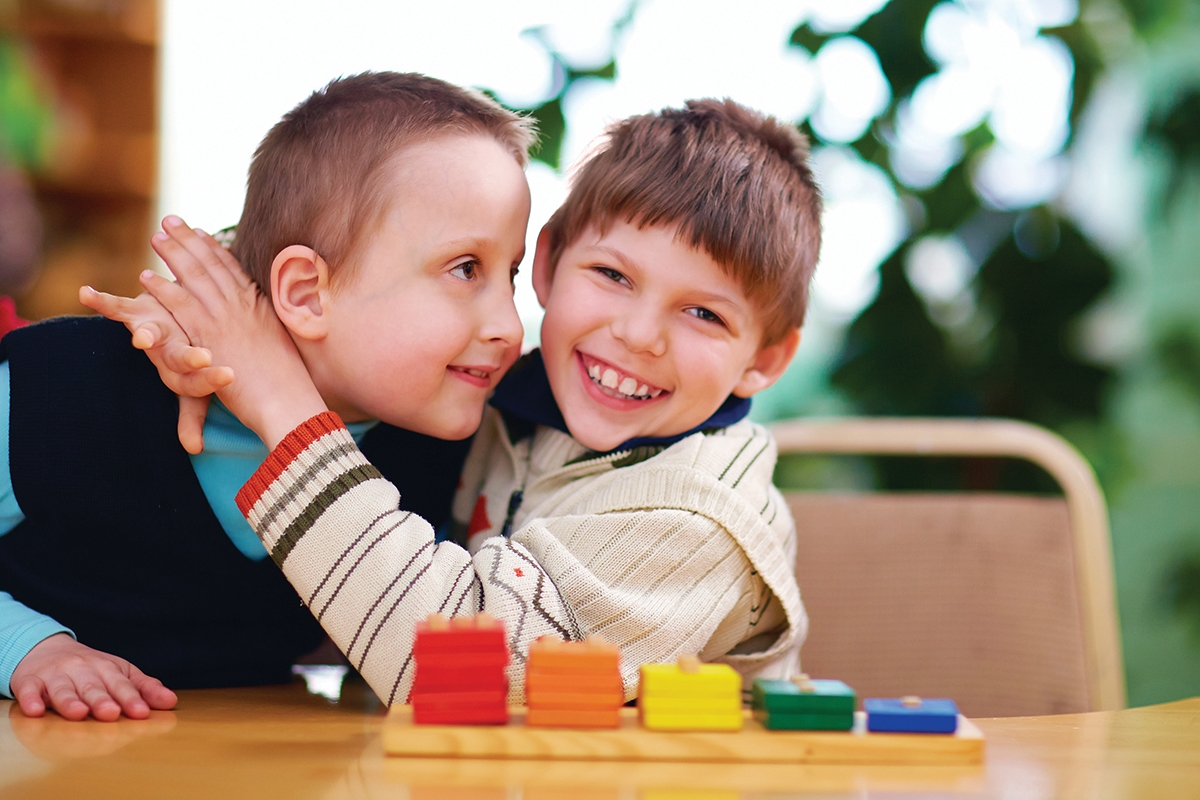 It started just over 50 years ago, in 1969. A group of local parents who had children with disabilities was frustrated by the lack of programs and services in their community. All they wanted was what any parent would want for his or her children – the opportunity to learn, live, and grow to their fullest potential and be a part of the family. Their mission was not only to serve children, but to build a legacy that would serve individuals of all ages across the Triangle for years to come. And that’s how Tammy Lynn Center was born.

Tammy Lynn Center – now known as “TLC” – is a nonprofit organization that is focused on empowering individuals of all abilities to live their fullest lives. Headquartered near the NC State campus in Raleigh, TLC has grown from an idea into a multifaceted organization, supporting more than 500 families across the Triangle and in Wilmington with residential services, respite care, ABA therapy, early childhood intervention, and an education program.

“I remember what it is like not to have those services,” says Terry Moore-Painter, daughter of one of TLC’s founding families. “We lived it in our home every day with my brother – the caregiving demands, the lack of resources, the exhaustion, and the lack of hope. We were encouraged to place my brother in an institution, but the separation from family was not helpful to him or to us.”

The intrepid group of founders started with a mothers-morning-out program in the basement of a church, and in the late ’70s, after years of hard work to raise money and awareness, TLC opened its first children’s group home. And over the next 10 years, it rolled out several more programs all aimed at filling the gap in services for hundreds of children and adults with disabilities.

REACHING INTO THE COMMUNITY

In addition to TLC’s on-site residential homes for some of the community’s most fragile citizens, you’ll find group homes in Wake County, as well as a new home in Wilmington. And for hundreds of families who care for loved ones living with them, TLC provides thousands of hours of respite care each year, giving those caregivers a healthy, much-needed break.

In January of 2019, in its effort to meet a growing community need, TLC added ABA Therapy Services for children and adults with autism spectrum disorders (ASD), behavioral challenges, and traumatic brain injury. “We help people develop positive skills and behaviors while reducing challenging behaviors,” explains Tracey Carpenter, ABA Program Manager at TLC. “We’re thrilled to help people gain and improve their skills for their life today, as well as their future.”

Young children identified with, or at risk for, delays, disabilities, and social-emotional challenges are another important focus of TLC. By providing critical early intervention services, the organization has helped thousands of children reach their key milestones. And this past summer, thanks to a grant from the United Way of the Triangle, TLC formed new partnerships with Raleigh Rescue Mission and Salvation Army to help young children overcome the toxic stress from their adverse childhood experiences.

SCHOOL IS FOR EVERYONE

On TLC’s main campus, you’ll find a highly regarded lively preschool that includes children of all abilities. One child, Isaac, came to TLC through the early intervention program. As his mother Jemma shares, “Isaac was diagnosed with autism and wasn’t talking when he came to TLC at 18 months. By the time he graduated from the preschool, he was able to enter a mainstream classroom where the teacher told me he was her most prepared student!” Both the preschool and the special Wake County Schools classrooms are a lifeline for area parents.

This past October, TLC was inducted into the Raleigh Hall of Fame, joining 11 other individuals and organizations in the 2019 class. “It truly is an honor to have our name etched next to so many other impactful individuals and non-profits from the Raleigh community,” says Dan Daniel, interim president and CEO. “Our 50th anniversary is a big milestone for us and it’s nice to be recognized by the greater Raleigh community during such an exciting time.”

While TLC has seen growth and change over the last 50 years, the core purpose remains unchanged: ignite hope and embrace possibilities for all the people it serves. TLC continues to build inclusive communities where all citizens enjoy equal rights and access.

“We are grateful for the vision of the founding families 50 years ago and the ongoing efforts of the current staff,” says Bill Teague, a TLC parent. “We have no doubt TLC will continue to be on the leading edge of the care and development of individuals of all abilities.”

Lives are made better, and our communities are made stronger, because of TLC.

To learn more about TLC’s services, and for more information on ways you can help, visit nctlc.org.